The military industrial complex has become our national albatross. The Soviet Union went bankrupt in part due to out of control defense spending and the United States is now headed that way too.

The United States now accounts for over 46% of total worlds arms spending and spends almost five times more on defense than China, who is second on global weapons spending. The Cold War is over and the United States faces no threats from enemy nations to justify this amount of spending.

The military industrial complex is an iron triangle conglomeration of defense contractors, bureaucrats in the national security state, and politicians who benefit from high levels of defense spending.

The United States spends almost 40% of its Federal budget, when you account for the interest on past defense expenditures and wars. It amounts to close to a trillion dollars and is the biggest contribution to the nation’s budget deficit. 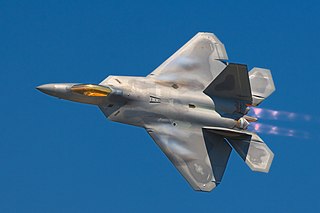 Well that’s the official cost. In reality when you factor in the money spent on research and development the F-22 is costing the US government $678 million a plane.

The F-22 serves no purpose and it is only one example of how the United States is draining away its wealth in order to feed the military industrial complex machine. The problem is that an iron triangle network of power elites exists within the national security state bureaucracy, politicians and “intellectuals”, and the defense contractors, that continues to push for more defense spending and keeps the United States in a constant state of war or near war.

A big problem is people have no knowledge of history. The military industrial complex did not exist until World War II. Before that the United States had no permanent arms industry. It fought some big wars, but always demobilized until World War II came.

It really came into being after the war. As the Cold War propaganda filtered throughout American society.

People were warned what was to come. If you do a little digging you can find quotes of famous warnings everywhere.But it wasn’t until President Eisenhower gave his farewell address that the word became a part of the national consciousness. You can see a clip from it here:

What President Eisenhower warned about has come true. The defense contractor companies are generating record profits while the living standards of the average American continues to sink.

One can wonder is this a conspiracy? On the other hand so many of the things the national state does and the wars that have been make so little sense that one also wonders if it is all some sort of bureaucratic stupidity.

But it is all hurting the nation, so we must ask why is so much money spent on this when really it does not take much to protect the United States from potential terrorist enemies and we have such a great nuclear force that no nation dares to touch it.

I wrote my book The War State to examine the origins of this phenomenon with the belief that by seeing how it all began we can really understand how it came into being and functions today.

This website provides updates on the information on the book and I use it to keep track of news stories that touch on the topics in it. I also setup an email notification list to send you a weekly update of all of the top stories that aren’t being talked about on TV – in fact TV and the mainstream media really do not report on these issues at all, but we do.

To get on my email list scroll below and opt-in.

You can get my book The War State at Amazon.com.