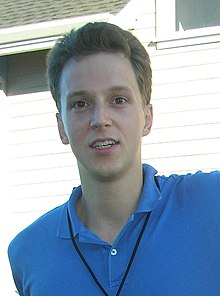 In the official announcement at the Microsoft News web site, the company said they are to reach agreement with GitHub by the end of the year. They said the agreement would allow them to deliver Microsoft development services to GitHub users, and “accelerate enterprise use of GitHub”. GitHub had been financially struggling recently and is expected to get a new CEO.

In 2016, according to financial news and media company Bloomberg L.P., through three quarters GitHub lost USD 66 million, while in nine months of that year GitHub had revenue of USD 98 million. In August 2017 Github said they were seeking a new CEO. According to the announcements by GitHub and Microsoft, the Microsoft Corporate Vice President Nat Friedman would become the new CEO of GitHub. He had created app creation platform company Xamarin and was “an open-source veteran”, Microsoft said.

GitHub confirmed the acquisition plans on its blog. In this announcement they alluded to concerns about past friction between Microsoft and open-source software, however they said “things are different. […] Microsoft is the most active organization on GitHub in the world”, mentioning VS Code as an example. In the announcement, GitHub also referred to its several years collaboration with Microsoft on Git LFS and Electron. GitHub also mentioned the Azure development platform run by Microsoft.

The Stock Market, Inflation & the Crypto Crash w/ Mike Swanson/The Trouble With Passion: How Searching for Fulfillment at Work Fosters ...

This is WallStreetWindow. This is your portal of news from your front porch to the whole world.
Contact us: support@wallstreetwindow.com

Following Price One Page At A Time to Understand The Full...